Developing Station Areas – a Way to Increase the Attractiveness of Short Bike Trips? 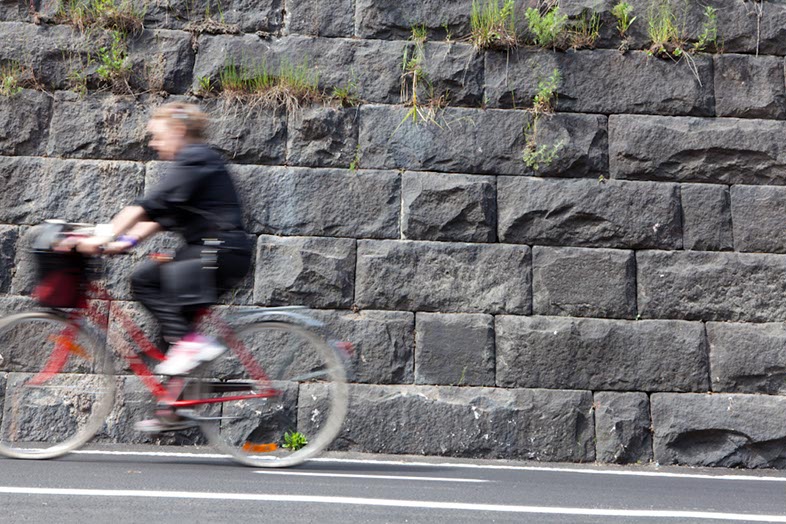 A large part of the Finnish population lives within a fifteen minute biking distance from the closest train or metro station, states the Helsinki Region Environmental Services Authority HSY in its press release (Finnish version available here). This information was produced in their project and designed as a foundation for developing the cycling infrastructure of railway or metro stations and their surroundings. Measures can be anything from better cycling lanes and parking stations to secured storage and overall improvements in the area. This being said, is there already a pilot out there aiming at giving a railway station a makeover and to improve its facilities from the point of view of cyclists?

Yes, there is. One proposal was implemented as an innovation project by students of Helsinki Metropolia University of Applied Sciences. Students of industrial design Iiris Uusi-Kilponen, Marianna Salminen and Stella Haponen began to develop proper cycling facilities and an overall face lift to the Pohjois-Haaga railway station in Helsinki. The client for this proposal was the Helsinki Neighbourhood Project. 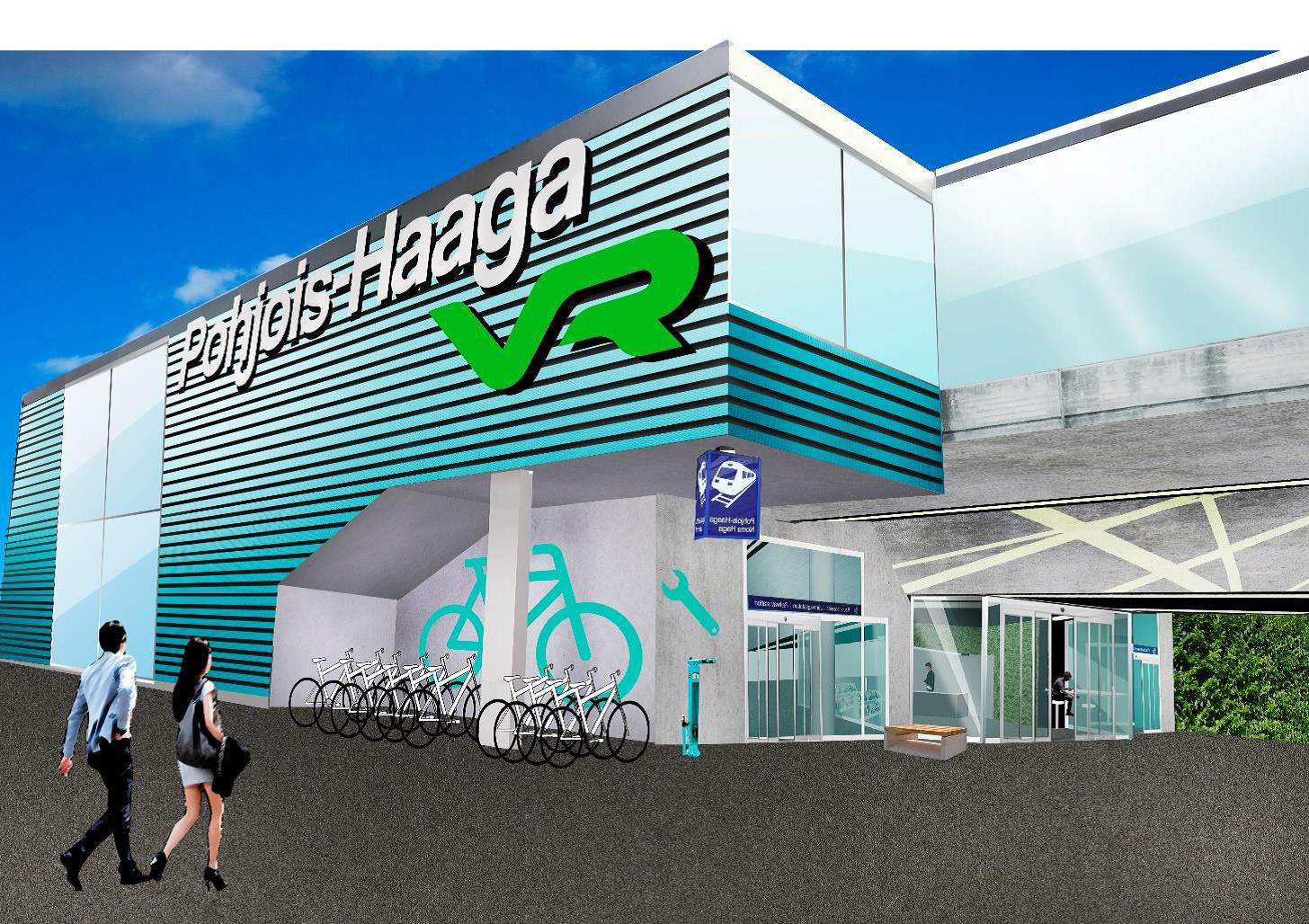 The students began their research by conducting a Facebook poll in which they asked for user opinions on the Pohjois-Haaga railway station. “Horrible station area.” “It echoes.” “It’s ugly and gloomy” were the blunt comments. The students also found a lot of room for improvement: in the the daytime the area was unpleasant, joyless and shady and served mainly as a passing point. At night time, the unpleasantness further increased, and the place was seen as gloomy, dark and frightening with a striking lack of people.

More light. Music and birdsong. Murals. Benches. Colors, art, fountains, plants. A bakery, a flower shop, a café or kiosk. These, in turn, were the things users were hoping to have in the area. Thus, the students have included both murals and an extension to the commercial premises to their final conception. It also includes the modernization of the station building and a new lighting plan to get rid of the shadiness and gloominess. Additionally, the underpass bridges would be rebuilt to meet the needs of cyclists and cycling paths. Additional reforms and improvements would be camera surveillance, escalators, lockers and an activity park.

Reforms particularly serving commuter cyclists would be new, clearly marked cycling lanes and spacious bicycle parking spaces. Commuters combining cycling with public transport would also indirectly benefit from the lockers, as the equipment needed for cycling would not have to travel all the way to work. Additionally, a safe station area with camera surveillance would lower the threshold to leave one’s bike there during the working day.

What do you think of this idea?

The underpass bridges would be rebuilt to meet the needs of cyclists and cycling paths.

The images in the blog are the students’ visualizations made for their innovation project
Photo of cyclist: Markku Lempinen.